Some of the program tools are lightweight, fast, and productive, another diverse a lot of features and contain a deep range of exclusive functions, which the other players on the market do not possess. KMPlayer combines both of these characteristics: its distributive doesn’t take much system space, at the same time the variety of options available in the app amazes and staggers, empowering your imagination and fulfilling your predictions. In this article I’m going to tell about free KMPlayer for Windows 10, - what specific tricks does it have and how does it differ from the variety of other media-players.

When the development of the KMPlayer has resulted in the appearance of the first version in far 2002, it supported only several the most popular formats, widely spread over the IT-community. Later, in about 6 years, the project has been acquired by a Korean video streaming enterprise Pandora TV, which continued the progress of the common ideas and the advancement of the product. Now KMPlayer is one of the top media-players presented on the software multimedia sector and heading ahead with seven-miles steps, outpacing the competitors just with a flick of fingers. 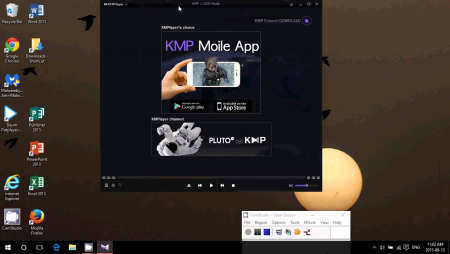 What features are available in the application for the PC? Firstly, the support of the formats: the player supports nearly all the available nowadays extensions, including MPEG, MKV, VCD, FLV, AVI, Ogg, QuickTime and others. At the following moment you won’t find any extension, that KMPlayer won’t be able to playback, and that is not occasionally. The Asian developers have taken care about the versatility and pantophagy of the product, which can successfully swallow up practically any file without any obstacles. As a conclusion, if you want to watch a video in 4K or UHD-quality, you will freely be able to do that via KMPlayer with the only condition, that your PC system requirements satisfy the needed for video processing parameters.

Next thing, which I would like to mention, is the design. In Windows 10 the app looks especially great, highlighting the basic edges and stylish picturesque forms. All the menus are absolutely informative and contain exactly those options, which you expect to see in the appropriate position. The navigation is absolutely comfortable and handy and allows to access the requested feature in a bare single click or couple of seconds. If you are satiated with old interface and look up of the active windows in KMPlayer, you are always capable to download the new custom-made skin with new graphics and shapes out of more than a hundred available variants for free and immediately apply it to the app. 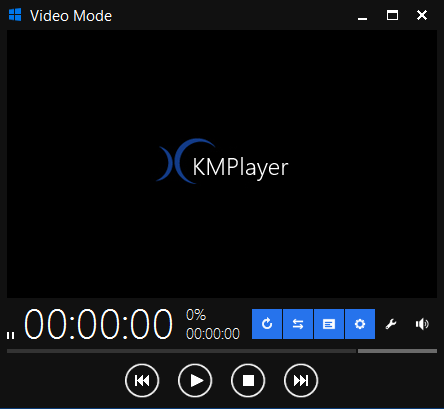 One more important note is the settings. Their diversity is pretty wide and the spectrum of abilities is absolutely enormous: starting from the operations with custom filters and plugins and their application to the playback procedure and ending with selection of the internal/external decoders, visualization and subtitles alignment. 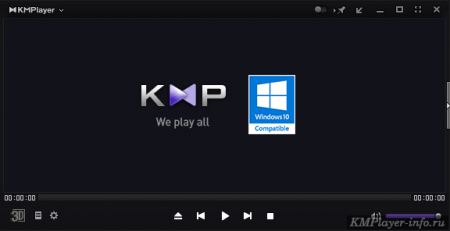 In Windows 10 the functionality is absolutely the same, as in the other operational systems. The only difference is in the visual part, i.e. in the graphical theme. Download KMPlayer for Windows 10 from the official web-resource and check out the possibilities of this unique application for yourself.

Downloads KMPlayer for Windows 10?
Share the page on your site:

© Copyright 2017 KMPlayerapp.com
All Logos & Trademark Belongs To Their Respective Owners